Lalaria is one of the nicest and most picturesque beaches of Greece and it is situated on the northeastern tip of the island. The northern winds fall with rage on the steep purely white cliffs, towering impressively over the sea. There winds have been creating for millions of years the round, white pebbles called “lalaria” which cover the whole beach. 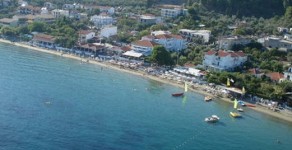 Make a direct online reservation in sooms-studios and apartments and view our low prices and offers at the link below from the form we have made for you with amazing rates and offers tailored for each room type you want. By entering the dates you are interested in, you automatically[…]